Rabbi Avraham Rappaport is a certified Expert Mohel, having received his ordination as a Rabbi through the Chief Rabbinate of the State of Israel. He also holds a Bachelor’s degree in Talmudic Law from the Ner Israel Rabbinical College of Baltimore and is active in Jewish education at adult, teenage and childhood levels. In addition, he is a licensed Insurance and Financial Advisor and the President and Founder of Premier Financial in Columbia, MD. Rabbi Rappaport is a second generation Mohel who has been active in the field of Bris since 1995 and has performed approximately 4000 ceremonies and procedures in Israel, Canada and across the United States. He currently resides with his wife and five children in Montgomery County, MD. He was privileged to apprentice for several years as a Mohel with the world renowned Chief Mohel of Israel, Rabbi Moshe Weisberg, and interned at the renowned Shaare Zedek Hospital in Jerusalem. As well, Rabbi Rappaport practices at local hospitals and surgical centers with leading pediatricians and urologists. Blending his energetic personality with his professional expertise, Rabbi Rappaport travels far and wide making Bris Milah and circumcision a heartwarming and meaningful experience for the many Jewish, Non-Jewish and inter-faith families he is honored to service. 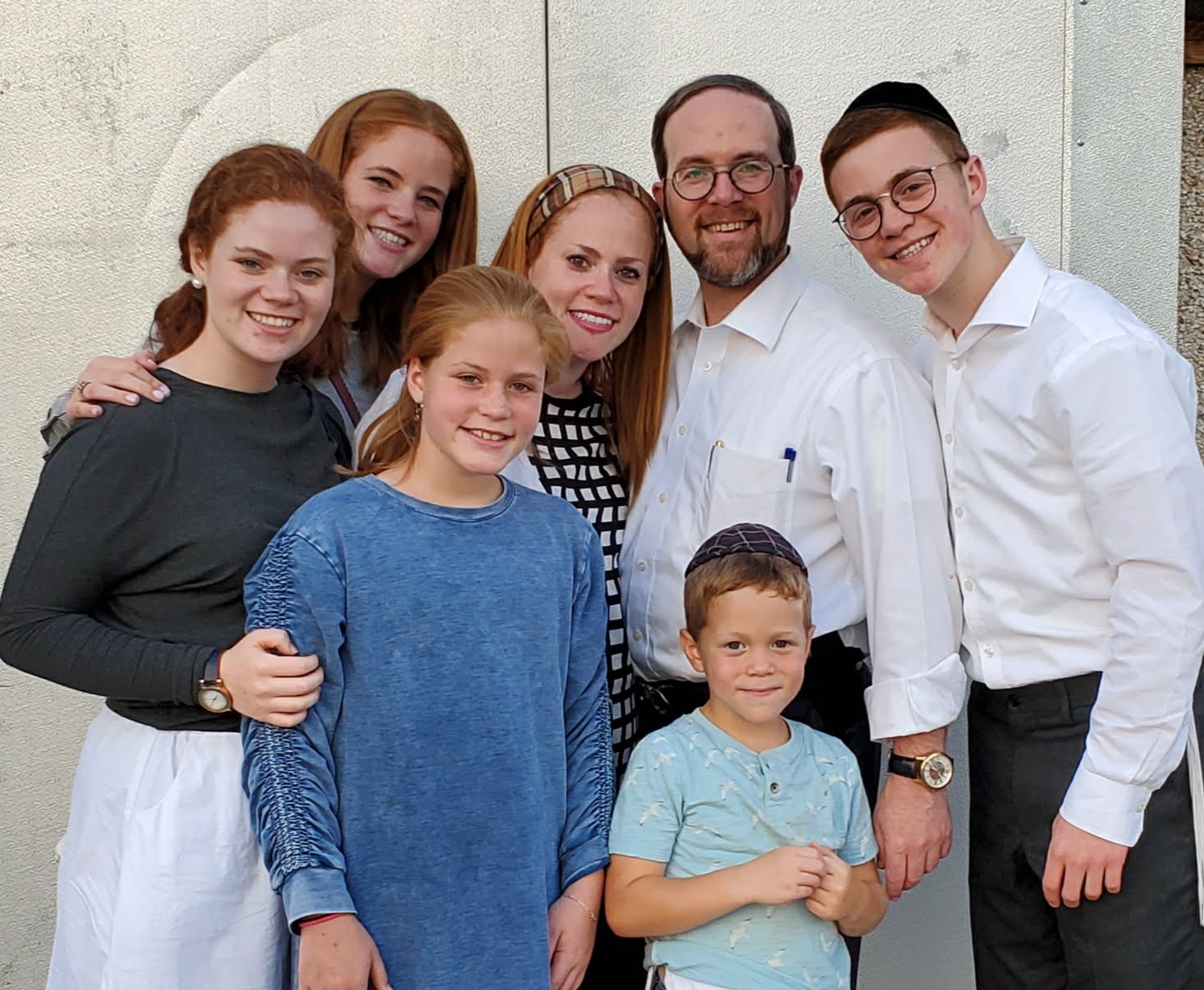 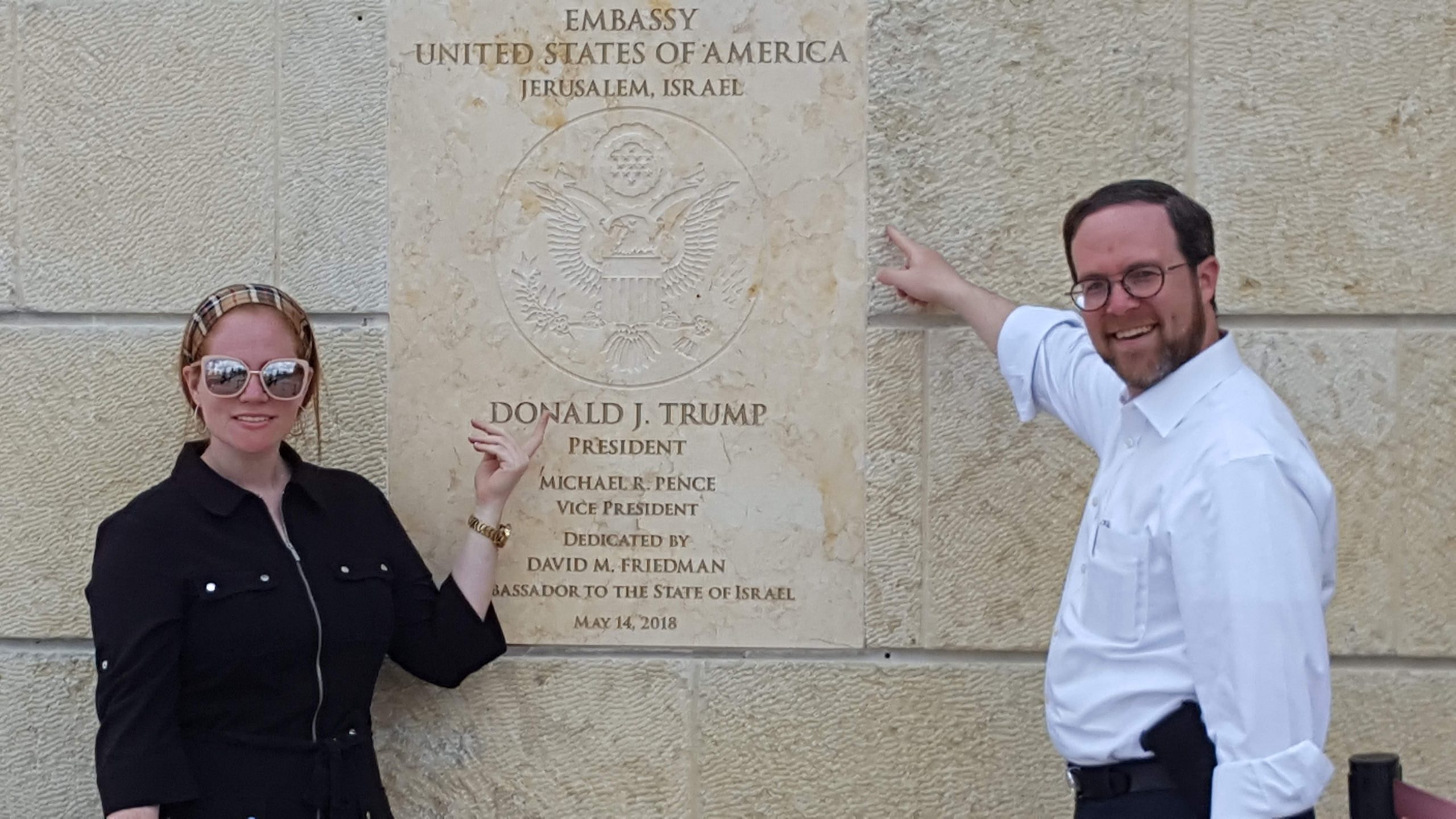 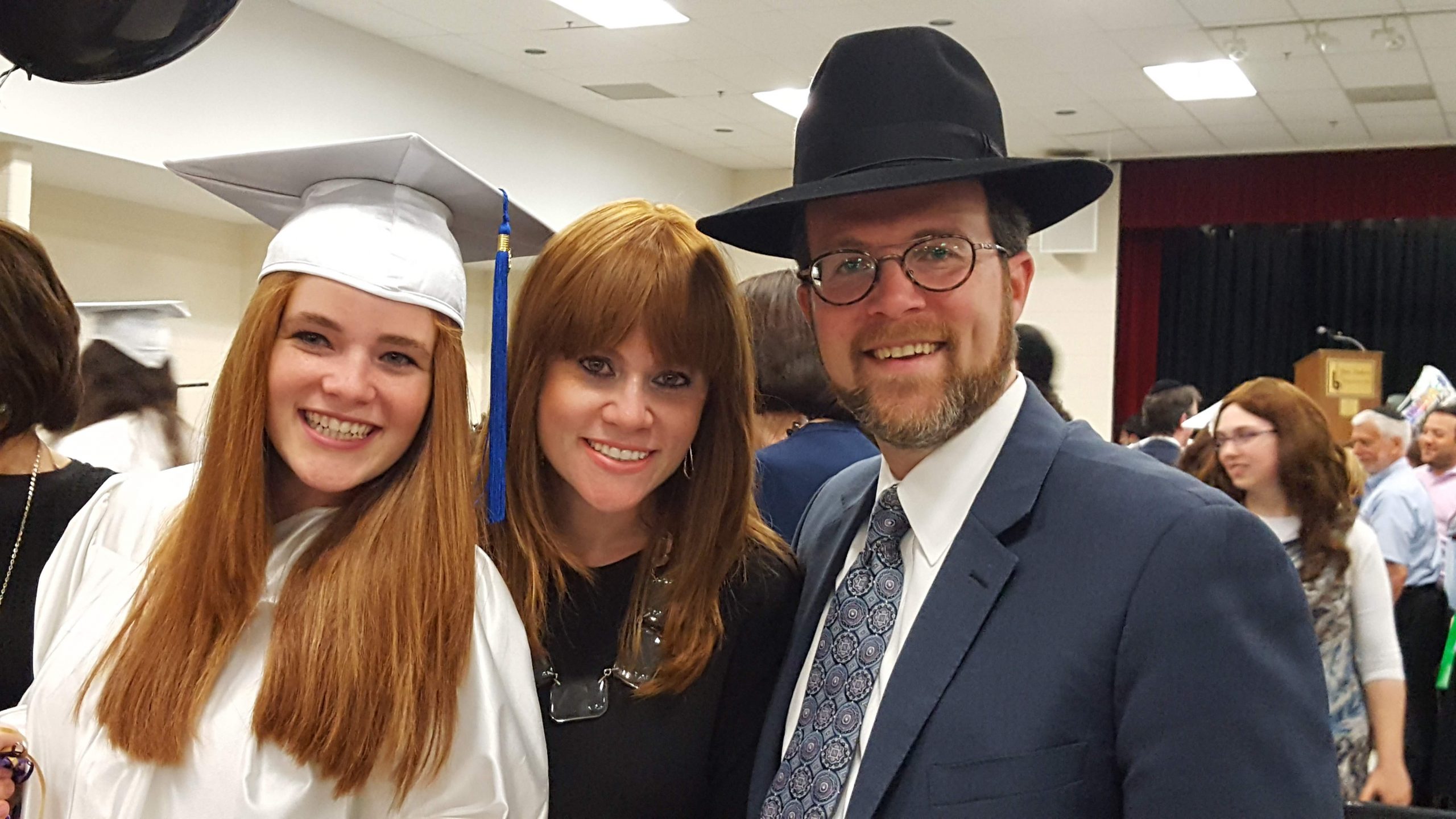 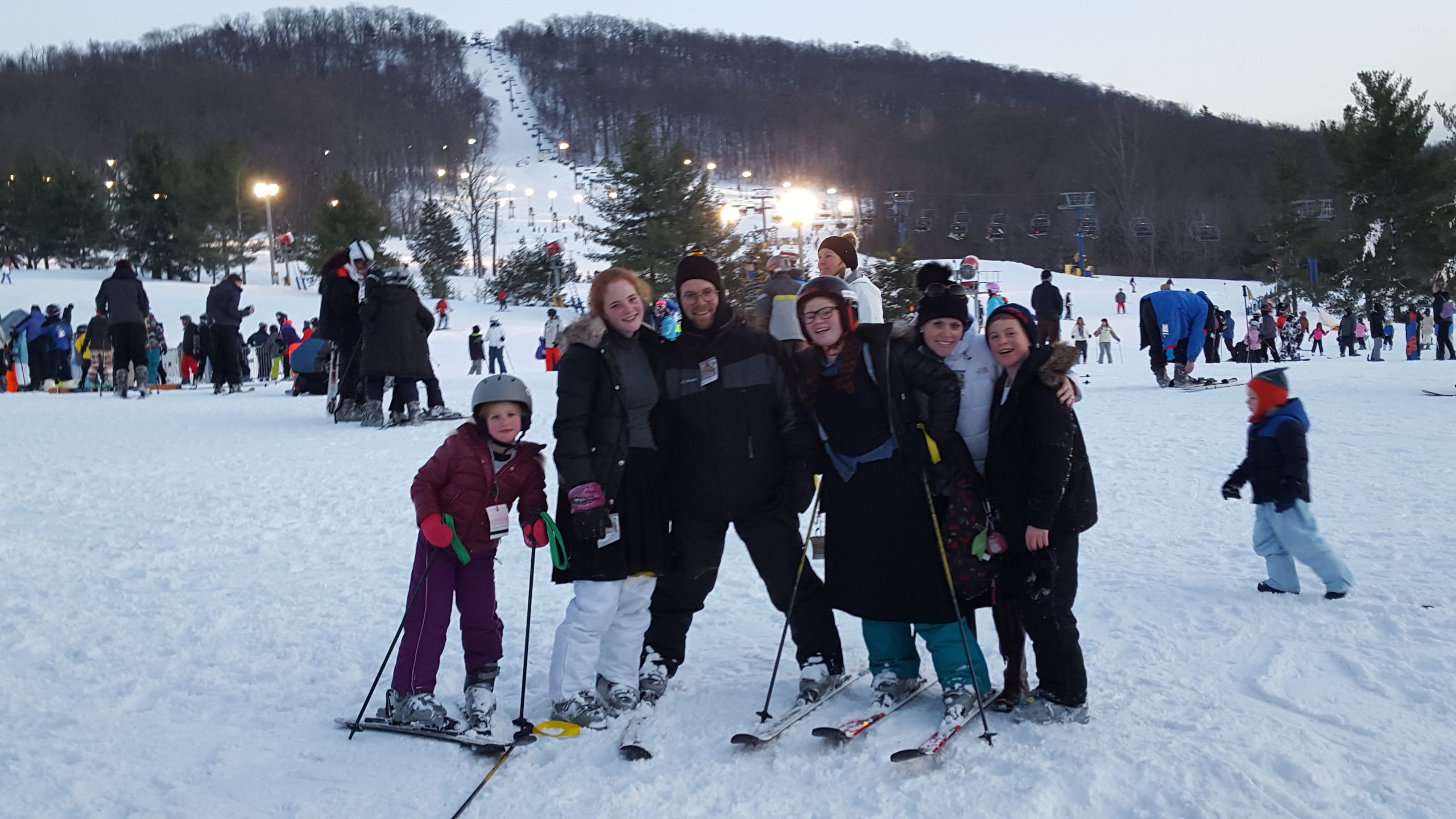 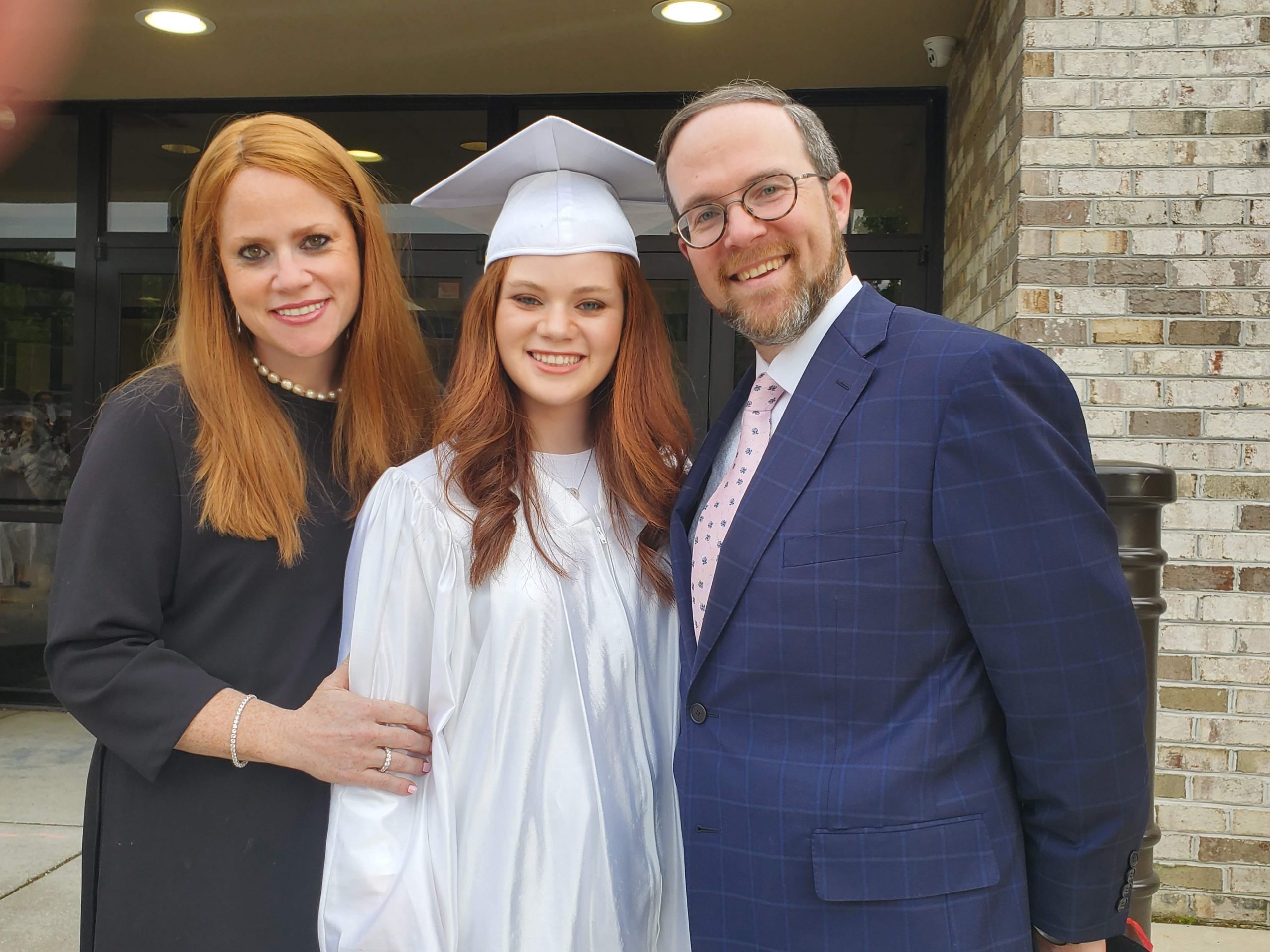 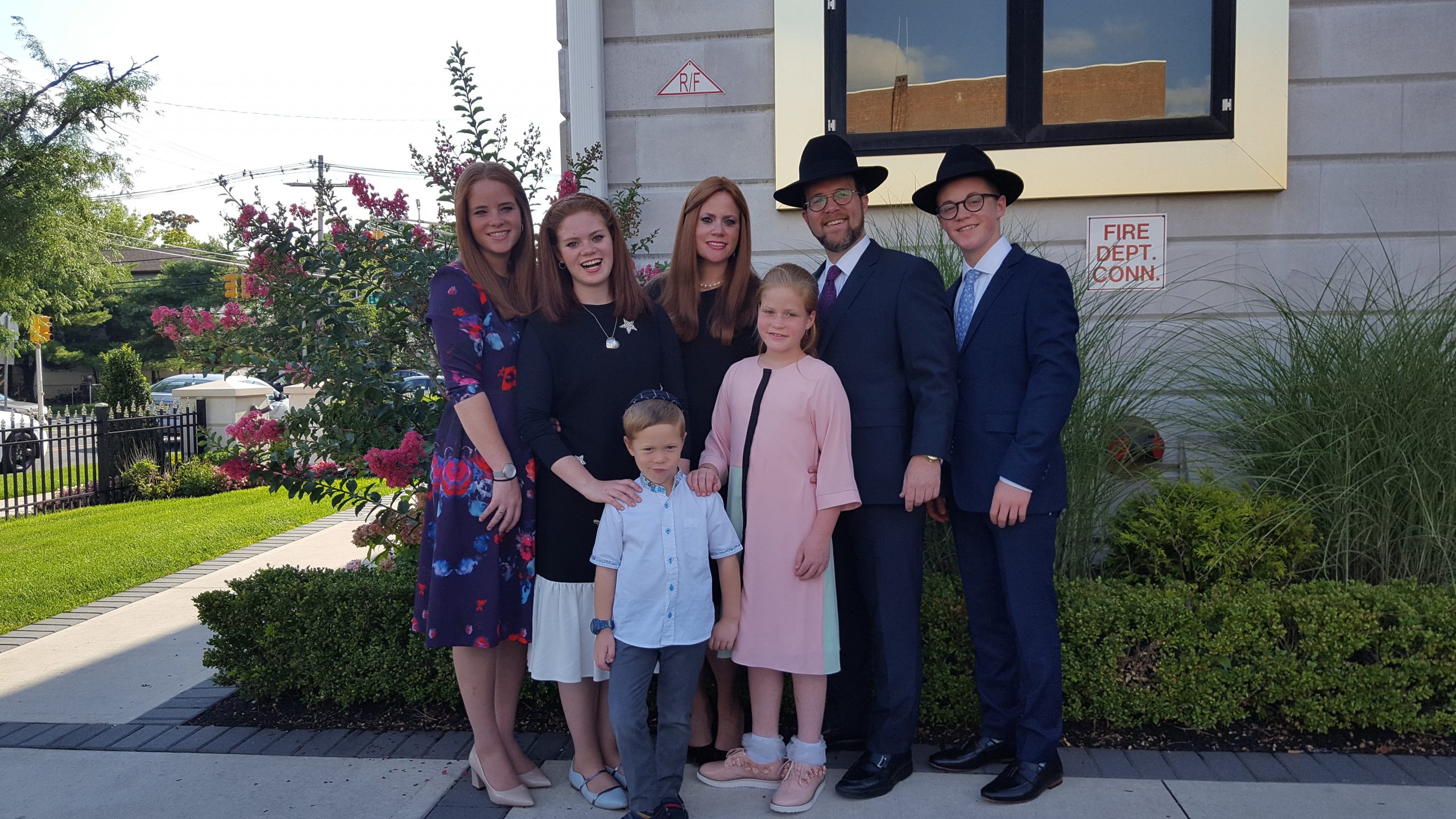 "I am happy to recommend Rabbi Avraham Rappaport with whom I have worked jointly with performing complex ritual and non-ritual circumcisions. I am impressed with his professionalism, technical abilities and rabbinic expertise."

“Rabbi Rappaport brought great kindness and warmth to the bris he conducted for our son, Reuben, and the naming ceremony of Reuben’s twin sister, Anabel.  The Rabbi’s words contained both wisdom and humor–necessities if you’re embarking upon a journey with twins–and we believe that both children received the best of sendoffs to a rich, happy Jewish life.  We’re very lucky that Rabbi Rappaport with his expertise was there to help share in our simchas.”

“I was delighted to be present at a Bris performed by Rabbi Abraham Rappaport. The couple was from Israel and spoke fluent Hebrew, but many of the guests were American with no knowledge of Hebrew. Rabbi Rappaport made all present feel at ease with his humor and caring demeanor. He switched back and forth from Hebrew to English so everyone present was aware of the importance of this ceremony. His skill and speed during the ceremony was also evident. If I ever have another boy, I would be honored to have Rabbi Rappaport perform the Bris.”

"We are so thankful that we chose Rabbi Avraham Rappaport to be the Mohel for both of our boys. He was everything we could ask for. His ceremony was inspiring, accommodating and even a bit humorous. He made everyone feel so calm at such an anxious moment. The actual circumcision took a few seconds and our baby hardly cried. Our pediatrician raved about Rabbi Rappaport’s work and we hope other expecting parents are privileged to engage Rabbi Rappaport to perform their son’s Bris."

"Rabbi Rappaport brought great kindness and warmth to the bris he conducted for our son, Reuben, and the naming ceremony of Reuben's twin sister, Anabel.  The Rabbi's words contained both wisdom and humor--necessities if you're embarking upon a journey with twins--and we believe that both children received the best of sendoffs to a rich, happy Jewish life.  We're very lucky that Rabbi Rappaport with his expertise was there to help share in our simchas."

"I am happy to recommend Rabbi Avraham Rappaport with whom I have worked jointly with performing complex ritual and non-ritual circumcisions. I am impressed with his professionalism, technical abilities and rabbinic expertise."

"My son was circumcised in the hospital the day after he was born just as my older son was. This time, the circumcision was horribly executed. We feared he would be teased as he got older. Our pediatrician (whom we greatly respect) advised we “give it a few months”.

No parents wants to make the decision to have their child re-circumcised. The only option we were given was surgery. We did not like the idea of our son having to be admitted to the hospital and put under general anesthesia at 9 months old so I began researching any other option.
That is when I found Rabbi Rappaport. Rabbi Rappaport was responsive and kind while listening to our concerns. Because our son was already 9 months old he quickly fit us into his schedule.
Rabbi Rappaport came to our home and the whole process took less than 1 minute (and the painful part less than 2 seconds...I’m not kidding). My husband and I were able to hold him and console him before, during and immediately after so that he was at peace.
I know it seems unbelievable but there was no swelling or bleeding and my son only had over the counter pain medicine. He was back to his normal happy self that evening.
Rabbi Rappaport corrected the previously botched circumcision and made this process as painless as possible for everyone. If we have more boys in the future we will use Rabbi Rappaport the first time!"
Anna and Jerry Jubb

"We found the time leading up to the actual circumcision very stressful.  We had two main concerns.  First, were we taking an unnecessary risk having the circumcision performed by mohel who wasn’t also a doctor?  I did a little research and found that mohel’s are experts at the circumcision procedure.  Even the royal house of England chooses a mohel over a doctor for the circumcision of its boys.  Second, was our little boy going to be in pain?  Prior to the ceremony I was comforted by the fact that I did not remember my circumcision.  Having watched Rabbi Avraham Rappaport perform my son’s circumcision with such swiftness and professionalism, I can attest to the fact that our baby seemed much more disturbed by diaper changes than the circumcision.  We were also so grateful for Rabbi Rappaport’s personal follow up to the Bris. We had a second son and did not need to think twice about reserving Rabbi Rappaport for his expert service once again."

"Our community was left spellbound by Rabbi Avraham Rappaport’s Bris ceremony for our baby boy, Simon. He truly made us feel comfortable with the entire procedure and before we knew it Simon was quiet and peaceful, and the Bris was over. We highly recommend you speak to Rabbi Rappaport when planning for your son’s Bris. You will be as delighted as we were."

"We absolutley loved the Bris. The ceremony was performed with such care and comfort, it put our minds and hearts at ease.  It was a beautiful and spiritual ceremony and we were able to share that with our closest family participating in the event by holding the baby or giving a blessing.  We also were very pleased that all of our family was able to enjoy and participate in the event because we are an interfaith family.  It means so much to me and my family to have our son enter the covenant in a ceremony that truly emphasized the importance and spirituality, while retaining a warm and comforting atmosphere."

"Rabbi Avraham Rappaport did a wonderful job at each of our 3 son’s Bris’s. His pleasant smile, kind words, and quick hand made us nervous parents at ease. We recommend him to all rookie and veteran parents!"

"We have nothing but the highest praise for Rabbi
Rappaport. He made a potentially stressful event both
meaningful and inspiring. The Rabbi was very flexible
and allowed us to incorporate our own words into the
ceremony so that it would feel more personalized. His
follow-through was above and beyond the call of duty
-- he visited our son both before and after the
ceremony. Perhaps most importantly, Rabbi Rappaport
is very skilled and we are very pleased with his
work."

"We were so happy and fortunate that our good friend Rabbi Avraham Rappaport was able to fly out to Chicago to perform our son Eli’s Bris. Having two other sons born in other states with other Mohels we really feel that Rabbi Avraham Rappaport is “a cut above the rest”! His knowledge, his ceremony and his medical care and expertise were so reassuring to us."

"Having Rabbi Rappaport perform our son's circumcision was a wonderful blessing.  Not only did he demonstrate utmost professionalism in his surgical skill, his words and actions showed a genuine care for our son and family.  Given our experience with Rabbi Rappaport, there is no doubt in our mind that we made the right decision to avoid having the circumcision performed by a medical doctor.  We cannot recommend him highly enough."

"After 4 girls we were quite excited and anxious to celebrate our son's Bris. We had already been to dozens of Brisses that Rabbi Rappaport performed so we had nothing to be concerned about. He was so patient, calm and reassuring and visited us at our home before after the Bris. The procedure was completed before I even realized he actually did it. He is absolutely "a cut above the rest!"